You know that expression – if it aint broke, don’t fix it – well I felt a little bit that way making these vegan protein brownies.  I’ve made a lot (and by a lot I mean a LOT) of brownies over the years.  In places I’ve worked and at home it’s a favourite everywhere.  Soft, fudgy, a bit cakey and an undeniable hit of chocolate, brownies are the thing I would normally have ordered if we ate out.  Especially as they were usually warm and served with ice cream.

And when I made the best vegan brownies right here I worried about gilding the lily.  I still wanted that brownie perfection but wanted to change things up a little, make them a tiny bit healthier and give them some extra protein oomph. 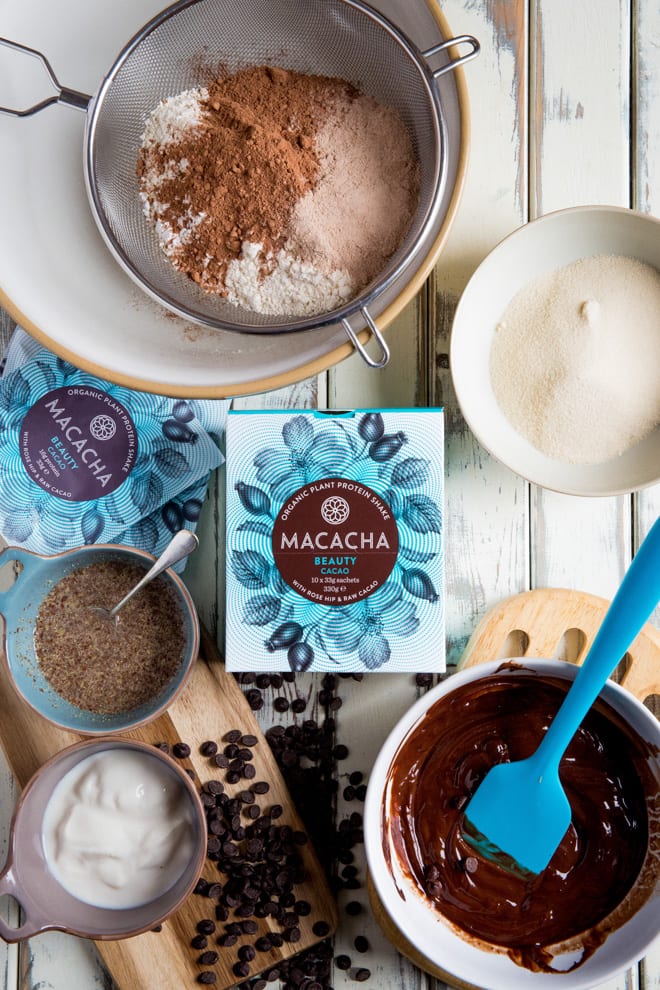 If you’re a bit bored of protein energy balls or protein bars, then this could be your new favorite post workout recipe.

These are great for:

And pretty much anyone who loves chocolate and is looking for an ooey-gooey chocolate protein brownie.

Phil (the “him” part of The Cook & Him) is weight training 6 days a week now, he always looking to up his protein intake so these Vegan Protein Brownies are a perfect post-workout treat, all the Personal Trainers love it when he brings in a warm batch! 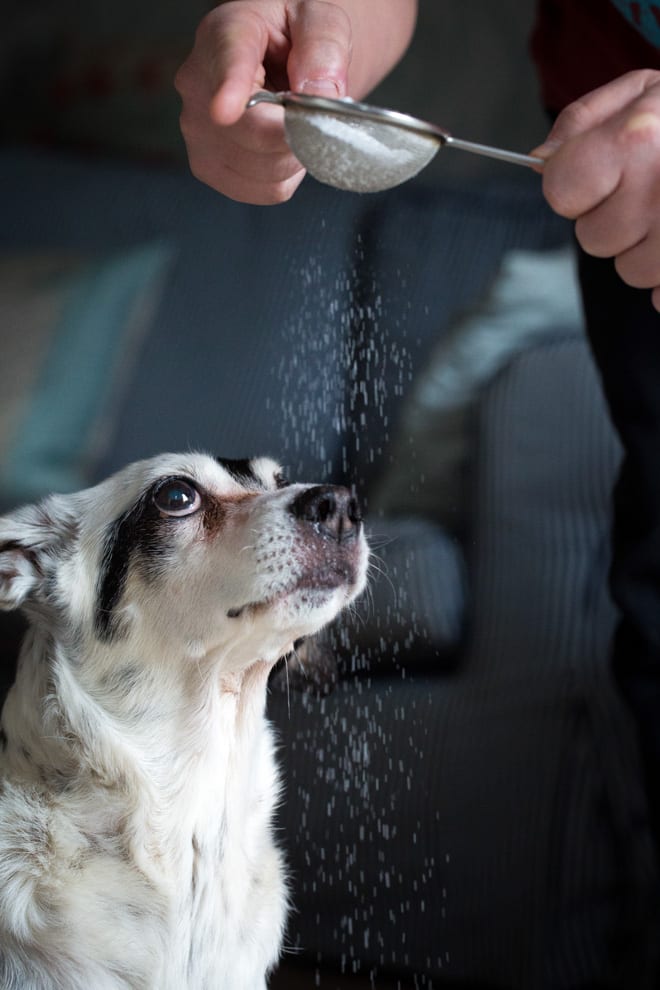 Which Vegan Protein Powder works best in these Protein Brownies?

I’ve become a big fan of Macacha protein powders.  They’re a very fine powder and mix in beautifully – be that as a drink or in whatever I’m baking with them.  Like these Oatmeal Cookies – I used the Macacha Energy Blend for them, giving them a wonderful rich vanilla flavour.  For these vegan protein brownies I’ve used the Beauty Blend – a combination that includes Organic Cacao Powder, Rosehip, Baobab and Maca Root with the protein coming from pea and rice.

So if you’re looking for:

Then I would love you to give these vegan protein brownies a whizz – I promise you, you won’t be disappointed 😉 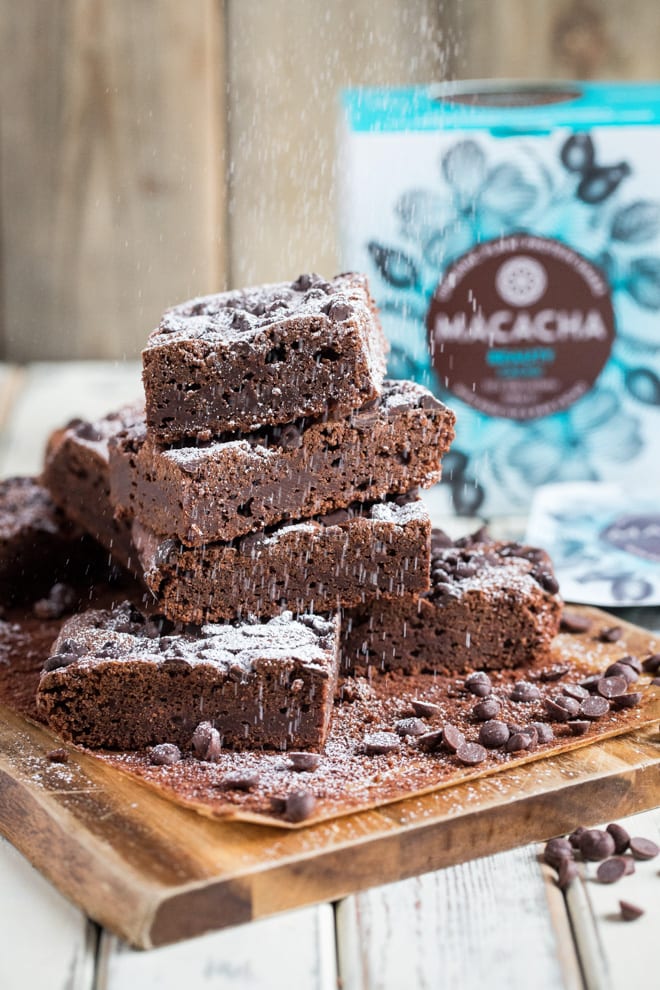 How to make these Vegan Protein Brownies

In a small bowl or mug put the ground flax seeds & water.
Melt the chocolate & vegan butter
In a large bowl sift together the plain flour, baking powder, raw cacao powder and protein powder, then add the caster sugar
Tip in the melted chocolate mixture, flax and water mixture, almond milk and coconut yoghurt and whisk
Pour into the prepared tin & sprinkle the chocolate chips across the top
Bake!

And in around 30 mins you’ll be thanking me! 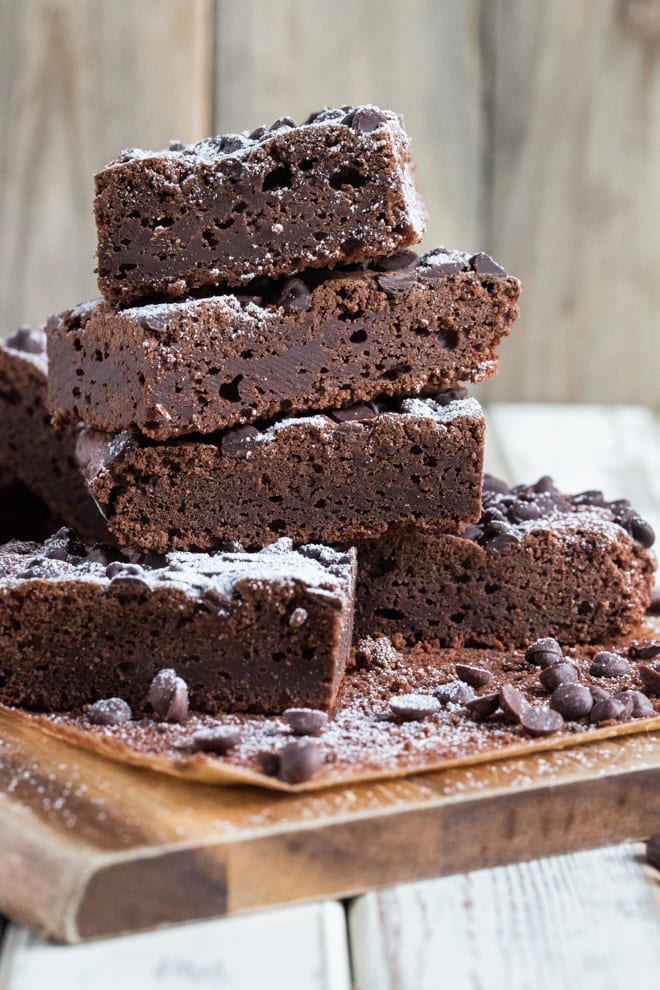 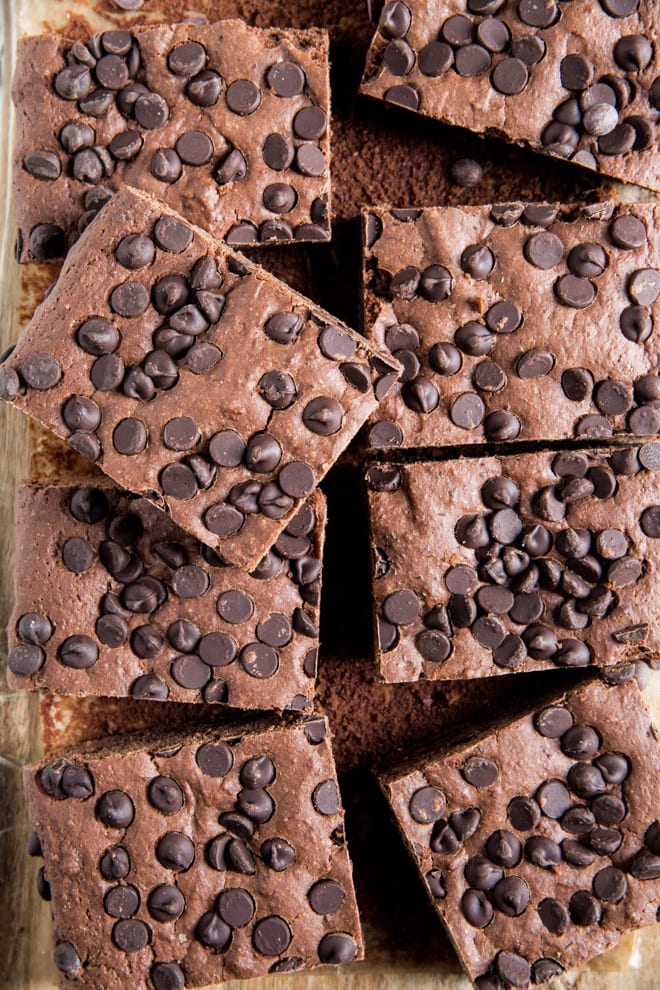