If you’ve never made your own jam before the whole process can seem a little daunting.  There’s special copper pots, sugar thermometers, adding ingredients like pectin and spreading dollops of jammy liquid on a plate to see if it’s at the perfect consistency yet.  There’s faffing with jars and sterilising, there’s all that stirring and potential jam splat burns.  And of course there’s all that sugar.

Since we’ve cut down on our carbohydrates (somehow we used to manage to incorporate bread into all three meals a day – toast for breakfast, sandwich for lunch, bread as a dinner ‘side’) we’ve eaten a lot less other things – butter, mayonnaise and jam – all of which I particularly used to spread on so thick the bread was almost just a conduit for carrying them to my mouth! 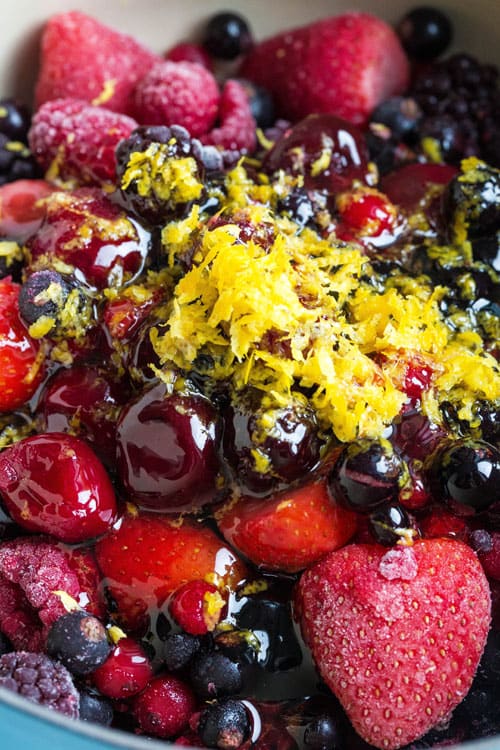 We still enjoy carbohydrates here and there – salad wraps for lunch or a couple of these Homemade Teacakes for a weekend breakfast treat rather than several slices of toast every single day and this Honey Oat Wholemeal Bread seems a winner with all those that have tried it.  But one thin/recipes/teacakes/g we have noticed since we cut back as much as possible on refined sugar is the overly sweetness of lots of things.

Did you know that in order for commercial jam to be called ‘jam’ it has to contain at least 50% sugar?  Which is actually down from the 60% it was before DEFRA (Department for Environment Food & Rural Affairs) got involved in 2013.  Up to that point, anything with a lower percentage of sugar was considered a ‘reduced sugar’ jam, compote, conserve or fruit spread.  Lowering the sugar content brought English jam more into line with the sugar amounts used in French and German jams. 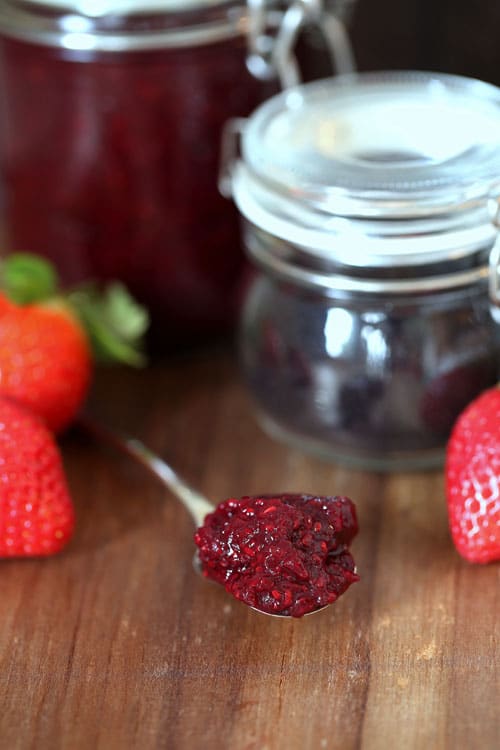 The high sugar content in jam is there for a couple of reasons – it gives it that gel like consistency that English jam consumers are used to as well as the important job of acting as a preservative without the need to add potentially flavour altering ‘extras’.

So the challenge when making this jam was to create something that tasted like the fruit it was made from, had zero refined white sugar and utilised natural pectin to assist in setting the boiled gloopy berry mess into something that looked, smelt and tasted like jam.  It also had to be easy to replicate as not everyone has the time or inclination to stand and stir a pot of boiling, splattering liquid!  And will it actually be possible to make jam even a little bit ‘healthier’??

The Berries – as I was making the jam out of season (bad planning!) I used a bag of frozen mixed berries.  Next year I’d like to be a bit more organised and use our local Pick Your Own farm – a great way to get kids involved if you have them and everyone to take in some fresh air!  Freeze any extra berries and you’ll have a hand supply next time you want to make some homemade jam!

The Lemon – nature’s pectin as well as adding an extra zingy flavour!

The Maple Syrup – because I’m not really into food that makes my face pucker!  Some people love sour.  Not me.  And not on my weekend crumpet!

The Chia Seeds – these tiny seeds are like little sponges, absorbing liquid and increasing in size and weight.  This also helps turn the runny berry mess into something that resembles jam while at the same time increasing your fibre, calcium, magnesium, iron and protein intake!

The Vanilla – because who doesn’t love a little bit of a vanilla twist?!

The Acai Berry – even more berry flavour because why not?  Not forgetting that the acai berry is also full of immune supporting Vitamin A … that’s right, eat jam to help fight off those winter nasties ?

The Baobab – a final flavour note these wonderful berries are jam packed (did you see what I did there?) with fibre and Vitamin C – they’re also an important crop for some of the poorest indigenous communities in the tree’s native South Africa

Now, if you read all that you should reward yourself … 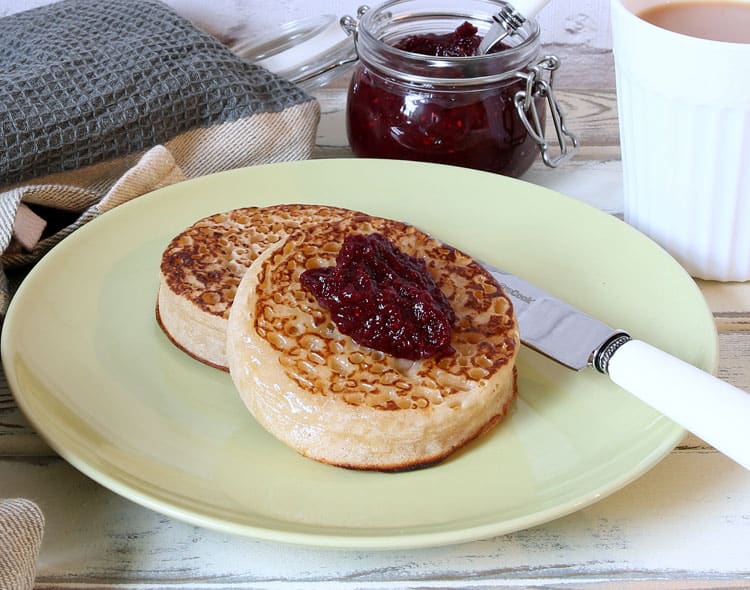 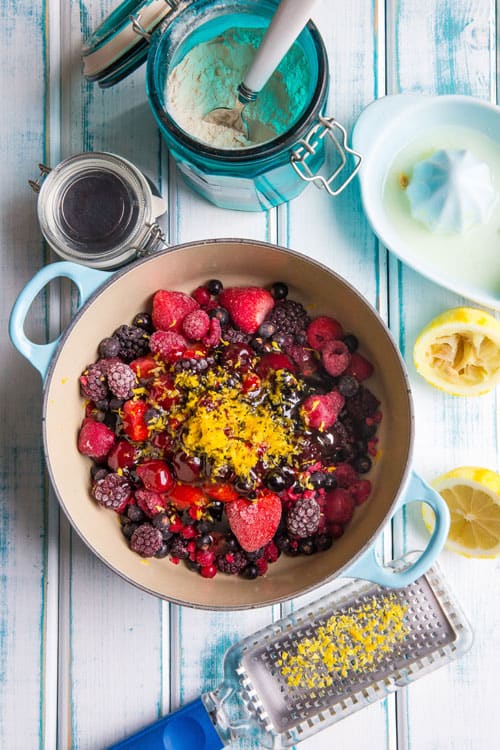