I don’t know how much toast I’ve eaten in my life.  I’m guessing it’s a lot.  But I never get bored of it.  EVER.  And crostini is basically just posh toast.  Posh BAKED toast.  You can use any ‘ole baguette shaped bread as your crostini base but I used this Rye Bread recipe and instead of making two large loaves, just shaped them into baguettes and baked in exactly the same way. 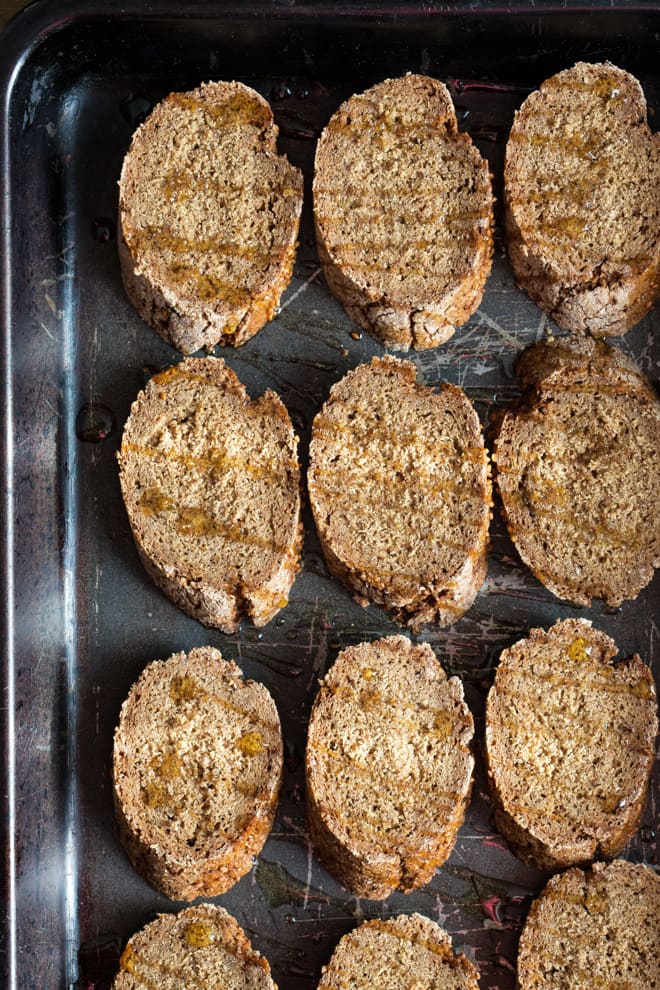 Why baguette?  Because you want bite sized pieces.  Well maybe 2 bites.  Shall we call them nibble sized instead?

The nutrition rich Fava Beans from Hodmedods combine perfectly with creamy ricotta and fresh sparkly mint.  The mint’s not actually sparkly but it gives the whole creamy caboodle a delightfully fresh – some might say sparkly – flavour.  And the lemon zest, not too much, brings everything together with a real zing! 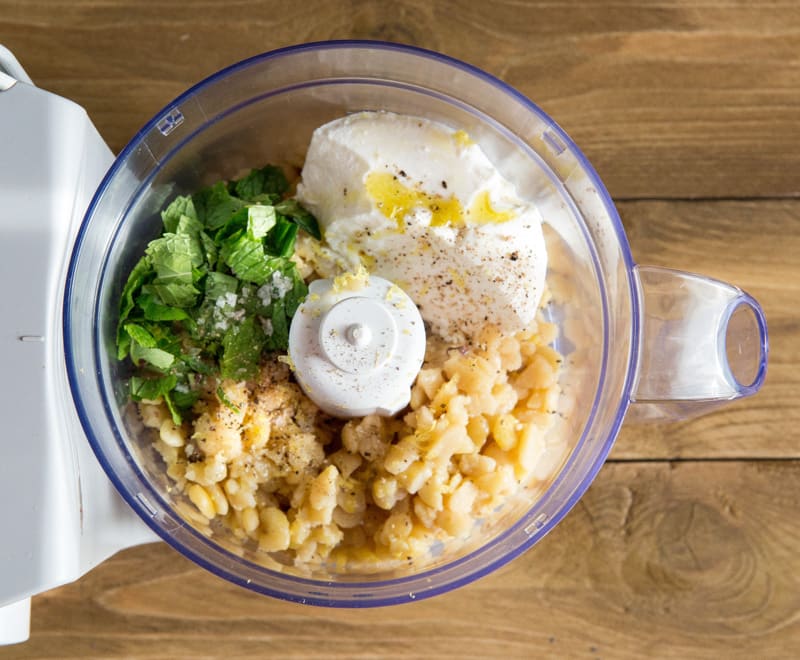 Did you know just how great for you fava beans are?  They have NO saturated fat or cholesterol making them a great source of ‘lean’ protein. They’re also high in fibre and iron, helping to refuel those much needed energy resources.

These tasty little nibbles would be great for some kind of gathering – so easy to prepare the components in advance then become all Nigella as you waft round the room with a tray of these ‘practically seconds to throw together’!

And if you needed any other reason to make these, well just the fava bean packet alone would be enough for me! 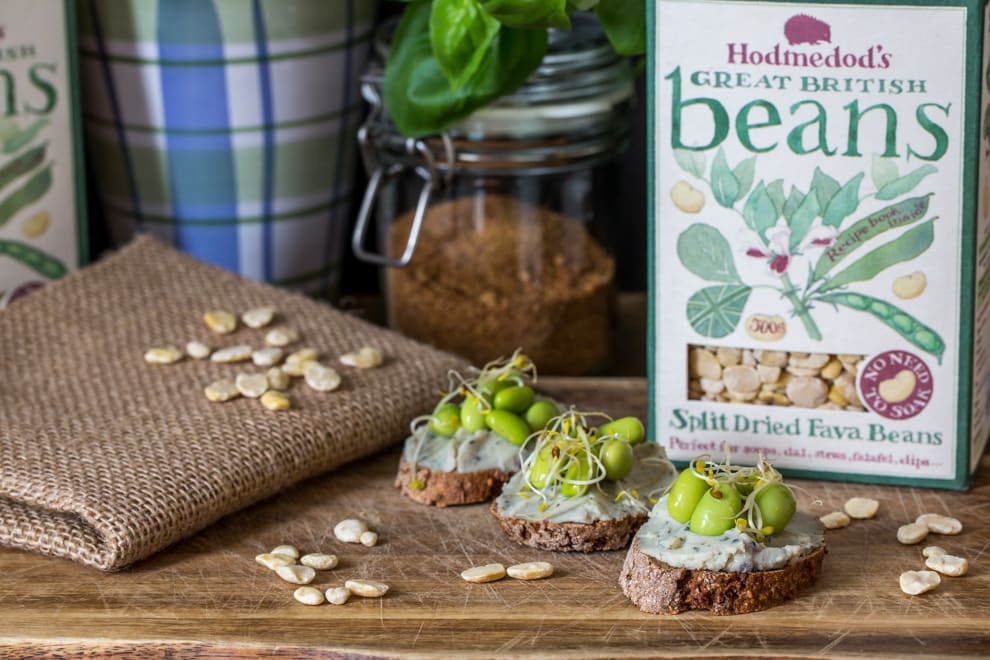 Speaking of gatherings, how are you celebrating New Year this year?  Different to last year?  For the last 10+ years ours have largely involved binge watching a boxed set of something while trying to stay awake till midnight when the fireworks make Meg think the world is about to end and we have to try and console a poor terrified little dog.  There’s some Jools Holland Hootenanny for the countdown and watching slightly sozzled celebs trying to remember the words and dance at the same time before the end of the world fireworks actually end and somewhere round 2 am we stagger to bed! 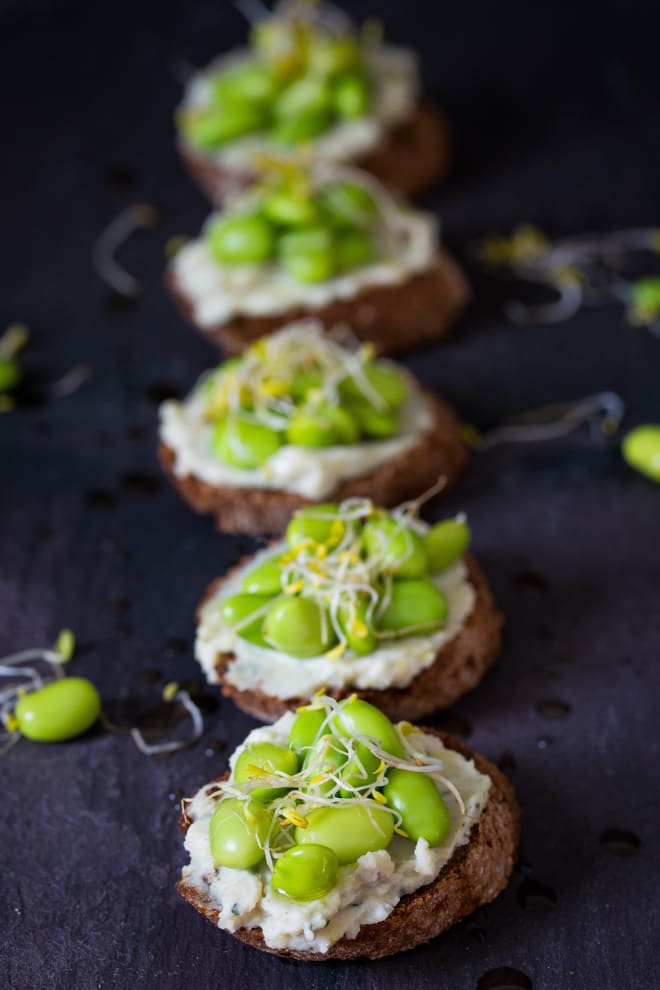 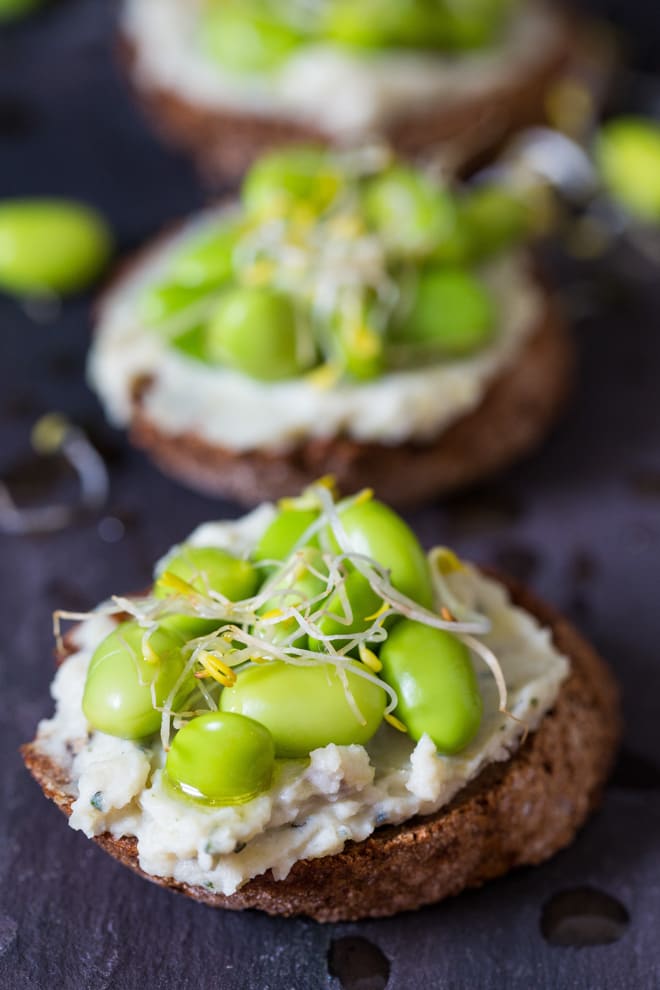