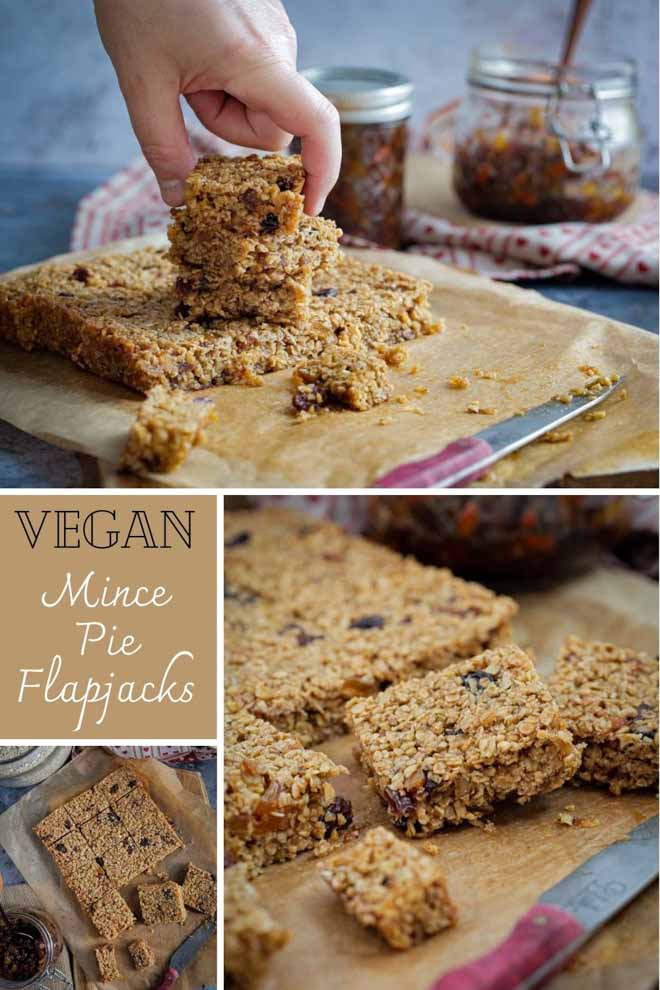 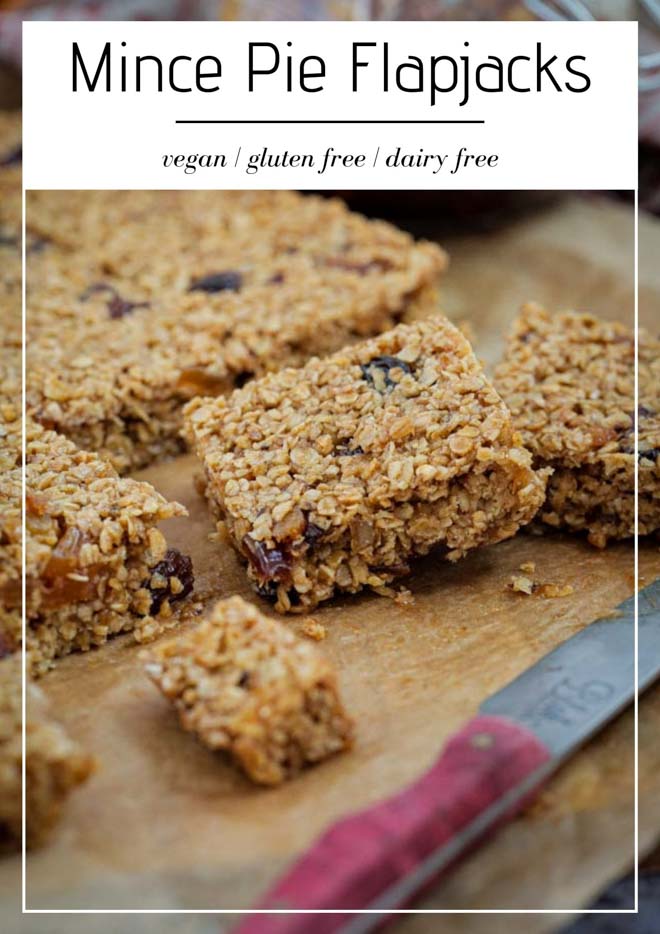 These mince pie flapjacks are a super simple twist on a classic flapjack – all the golden syrup flavour with a spicy, fruity kick! A truly scrumptious festive treat!

And the bonus is that mince pie flapjacks are SO easy to make you can get the whole family involved – keeping sticky little fingers extra sticky and busy!

I don’t know about you but I’ve always got some mincemeat left over after the festive hubub.  Which isn’t a problem because I love the stuff and October to December really isn’t long enough to get to enjoy it!  But I’m always on the lookout for something new and interesting to add those few rogue tablespoons of mincemeat to. 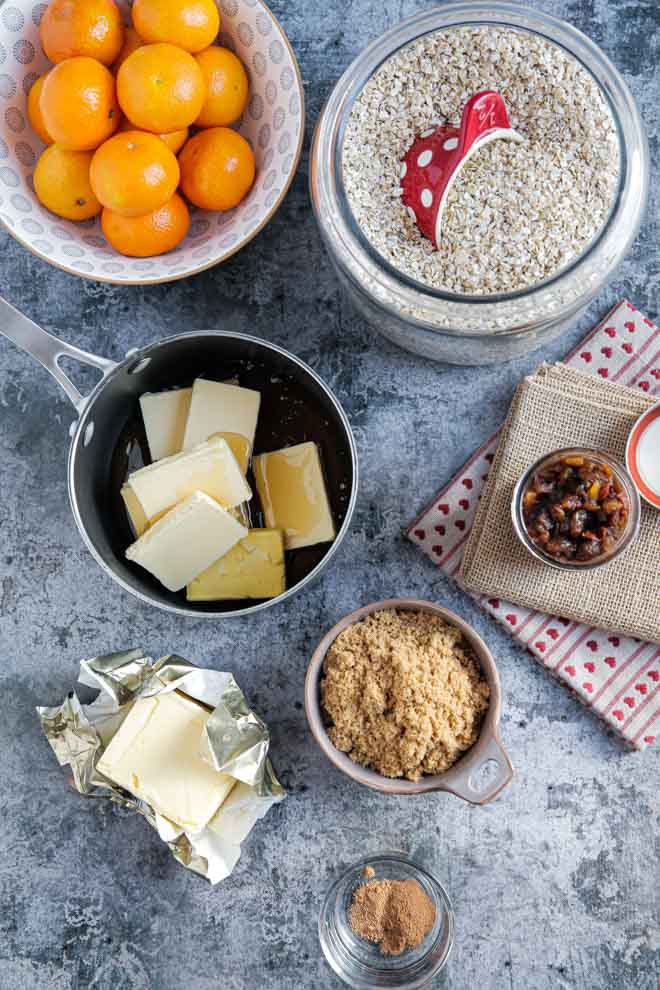 However, there’s no getting away from the fact that you HAVE to eat these before the New Year health kick, er, kicks in.  Because there’s NOTHING healthy about these.  Lots of (vegan) butter, lots of golden syrup, a good amount of brown sugar and of course mincemeat.  If you’ve never made your own mincemeat I have a REALLY easy recipe. It takes just 15 minutes to make and stores well for up to 2 months (may even be longer, I’ve not tested yet!).  These flapjacks use roughly half of this vegan mincemeat recipe. 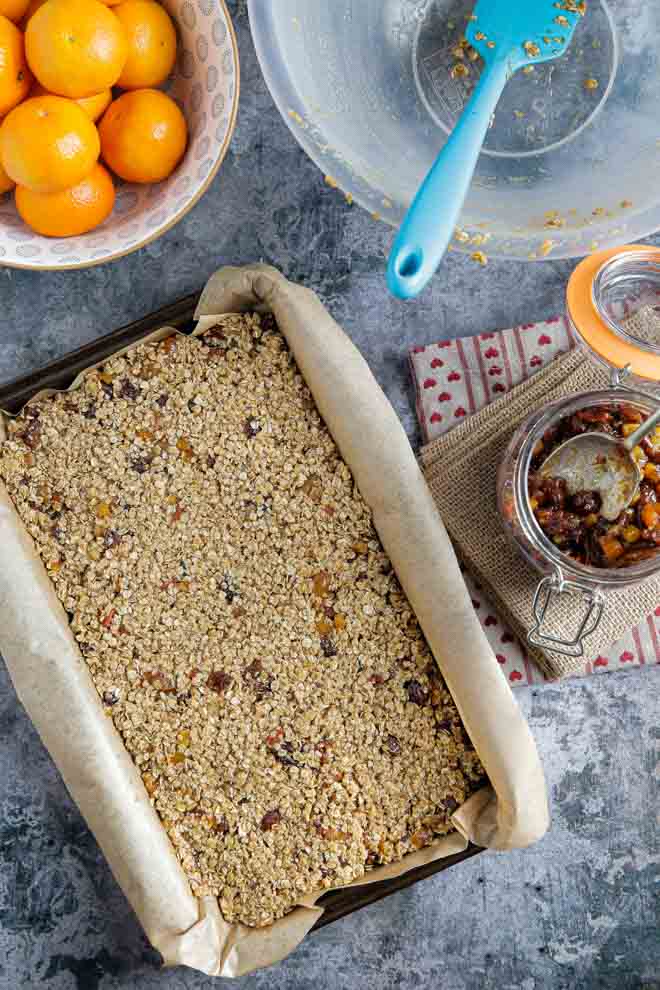 How to make these really easy festive flapjacks:

Make the mincemeat.  Obvs.  Or use whatever mincemeat you have left over.  Though these flapjacks are SO moreish you might actually find yourself making more just to make these!

Melt the butter, sugar and syrup together.  Then stir in everything else – oats, cinnamon, nutmeg and mincemeat.

Pour into a prepared tin and bake!  It really is as gloriously uncomplicated as that!

Other than leaving them to cool a little because molten sugar.  The smell will drive you bonkers though and you’ll have to exercise all self restraint not to slice and shovel straight out the oven.  Wanna see the face that lets you know how good these are? 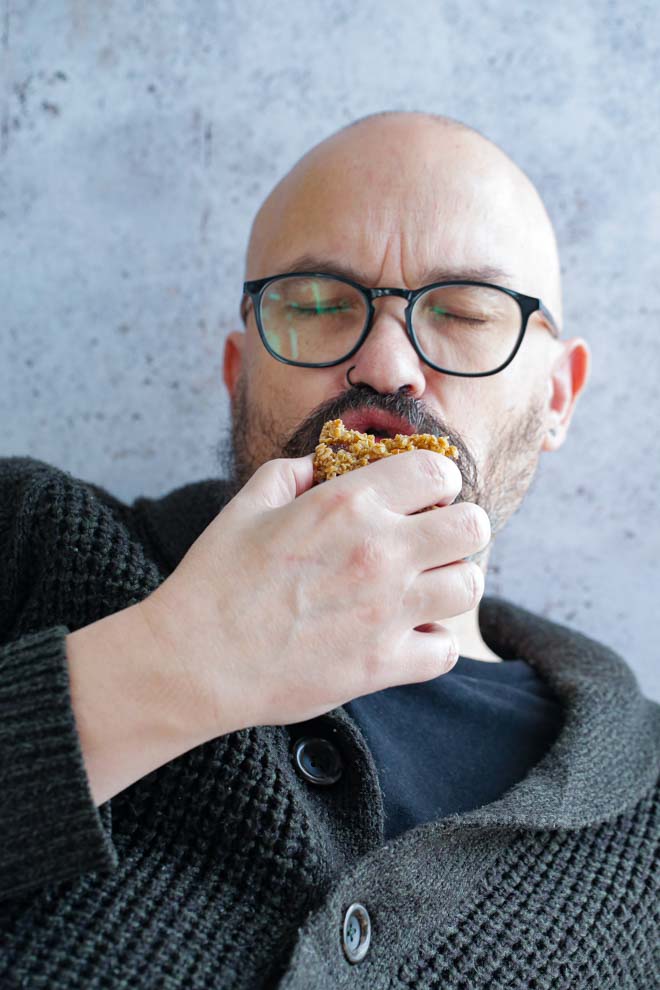 I swear to God this man has hollow legs.  For every one of my squares of flapjack he had three.  And doesn’t put on a pound.  Truly maddening. 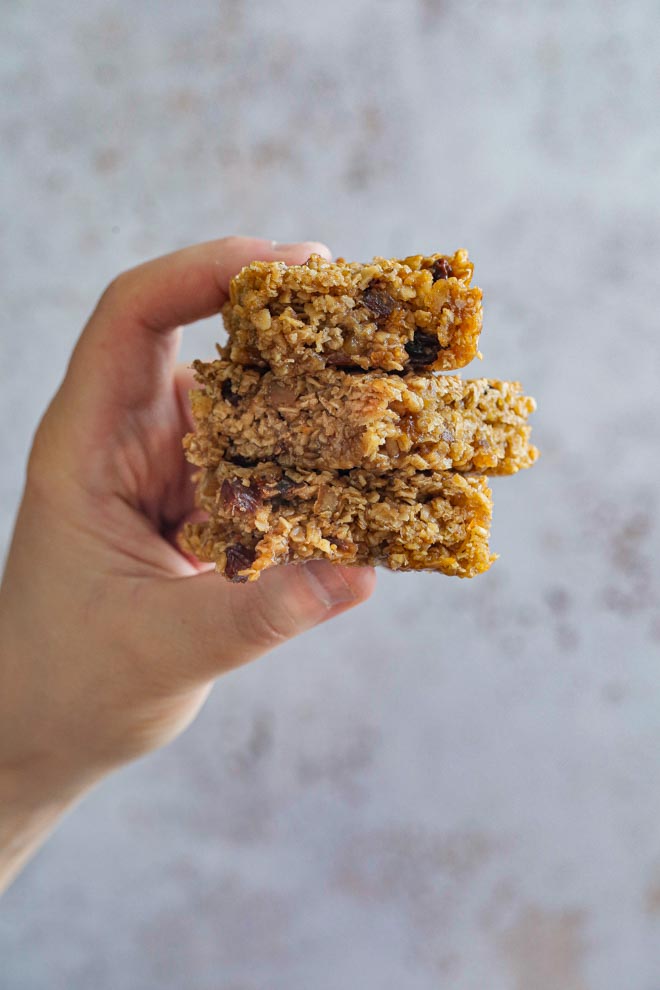 However, because there’s oats in these Christmas flapjacks, that makes it perfectly legit to eat them for breakfast right? 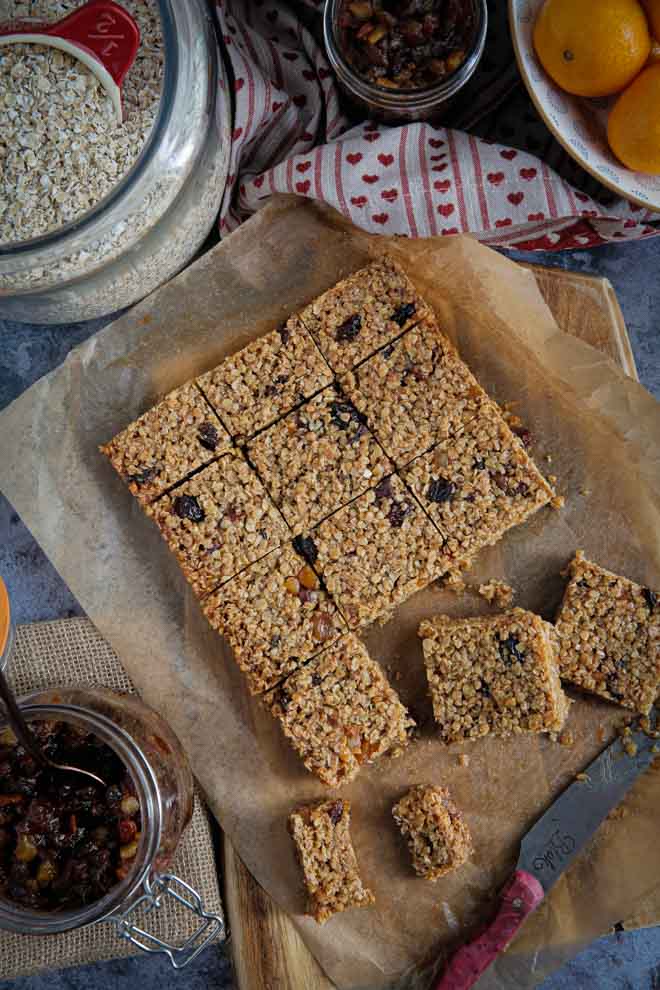 Love mincemeat?  Well so the flipping heck do we!  Here’s some of thoroughly tested favourites (all vegan too):

Viennese Whirl Mince Pies – Phil claims these delicate, buttery little pies are the future.  So it must be true. 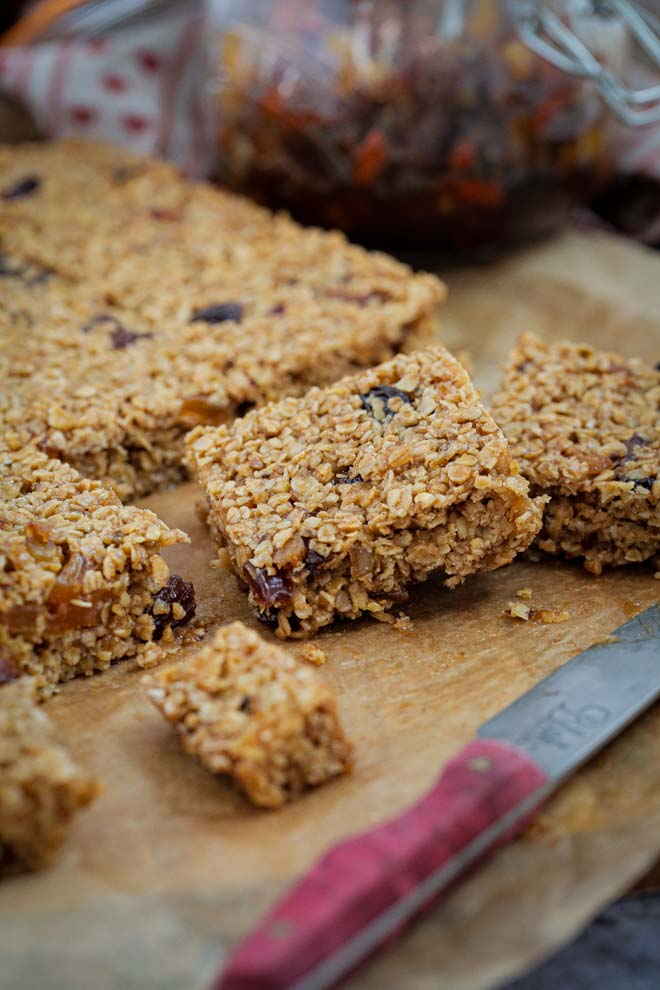