I made this thinking it would be enough for a couple of meals.  Turns out I’m a 🐷 and ate the whole lot at once.  With frittata.  AND quinoa salad.  That carefully arranged plate up there ⬆ was just for the photo.  Once I’d finished taking the photos I ate all that AND the rest of the veggies that were patiently waiting on the tray.  Yep, it’s THAT good.  It’s the perfect mix of soft, crunchy, sweet, salty, light spice and those magical nomms that keep you shovelling long after you’re probably supposed to. 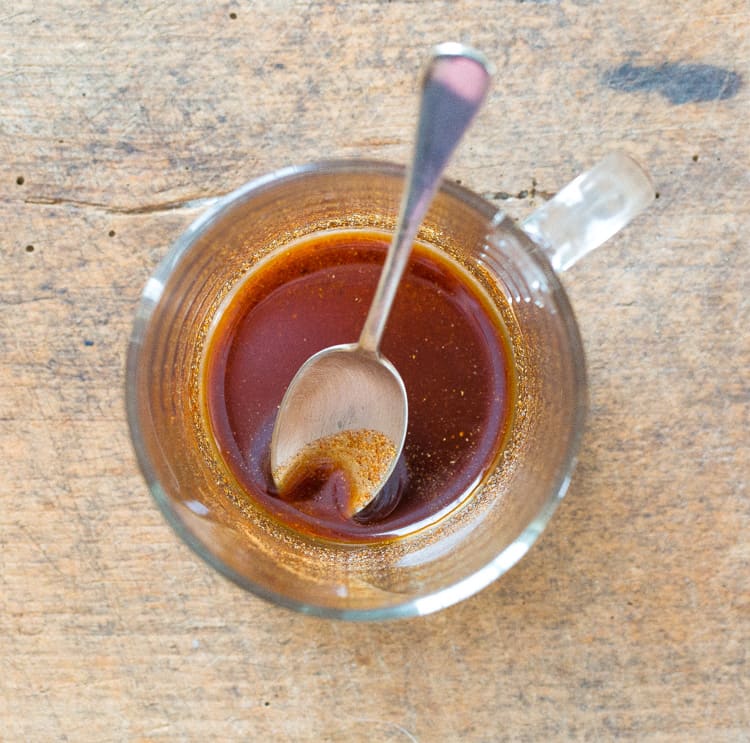 Next the veggies – I’ve used carrot, butternut squash, parsnips, red onion, sweet potato and sprouts.  Oh dear, writing it down I feel even worse that I ate it ALL! 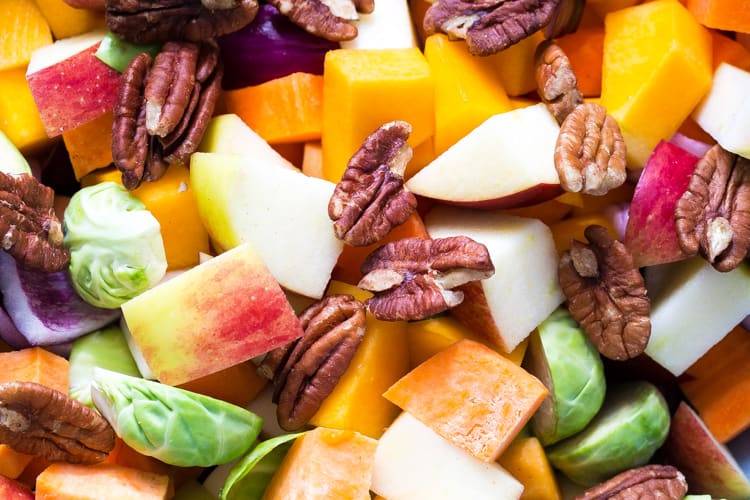 <Ahem> feel free to mix it up with the veggies, I’m just using what’s in perfect season and locally available here.  For the apples you’ll want a sharp/sweet/crisp one – I used a Braeburn for their lovely flavour and they don’t go to complete mush when cooked!

The pecans give the whole thing some much needed texture with their wonderful nutty crunch. 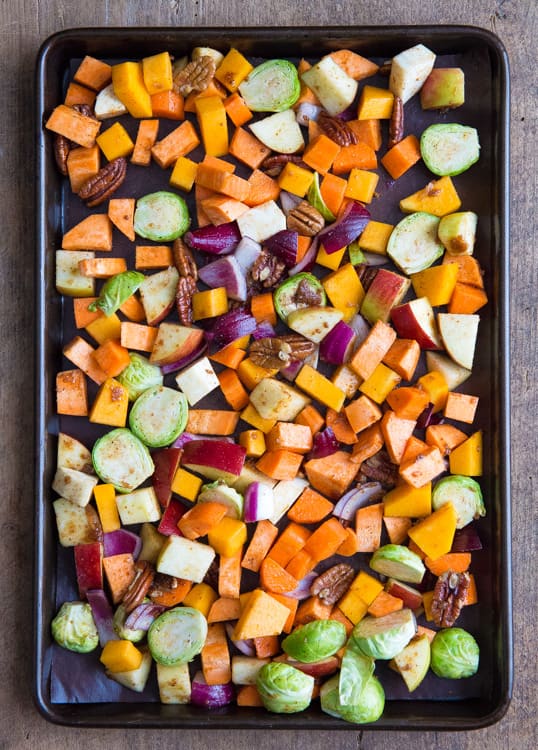 So, we’ve had one bowl loveliness.  Then there was one saucepan loveliness.  Now I guess we have one tray loveliness!  And you know, I never liked sprouts as a kid.  We literally only ever had them at Christmas and there was always a couple that would somehow find their way onto my plate despite my protests.  It was like a rite of passage to get to the good stuff and dessert.  Now I love ’em.  Can’t quite convince Phil though, he still thinks they’re the food of the devil … but he farts enough so that’s probably a good thing. 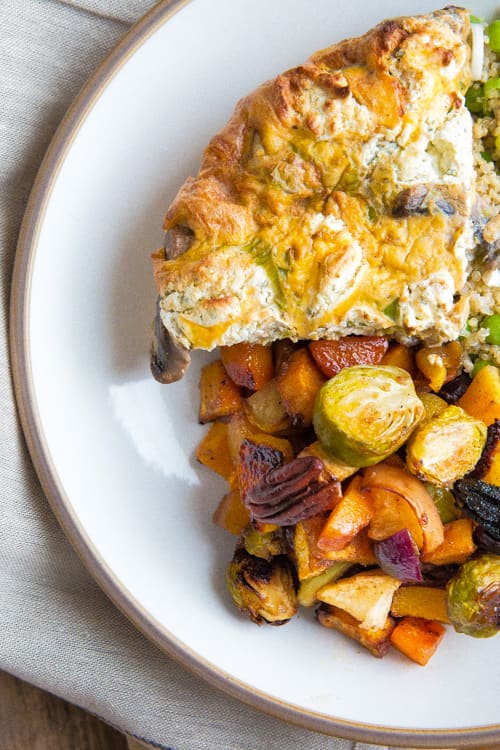 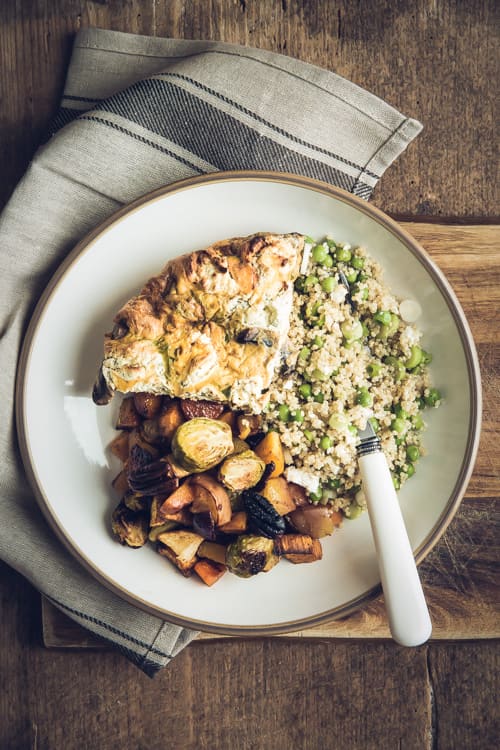