Thick, soft vegan cookies loaded with gooey chocolate chunks! No one would ever know they’re vegan!

Purely in the interests of making sure this vegan cookies recipe works without a hitch for anyone that makes it, Basically I made it more than once.  Or twice.  Its important that you realize that had nothing to do with the fact that these are unquestionably some of the BEST vegan cookies I’ve ever tried.

Is there anything better than a fresh batch of cookies though? 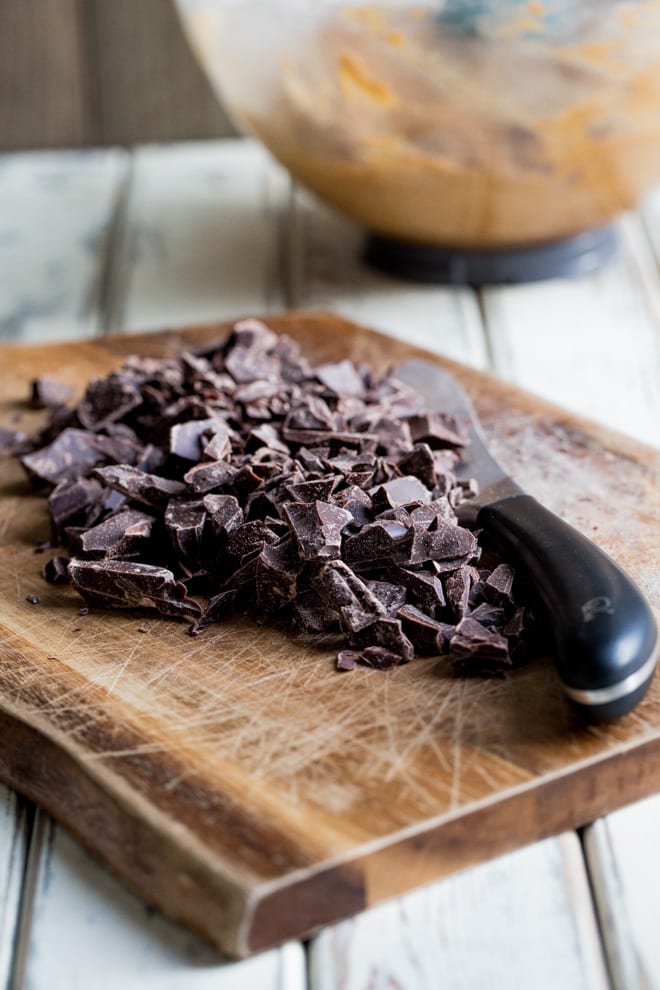 What’s more is that we’re going for huge great chunks of chocolate in this vegan cookies recipe.  Not chips.  Only significantly giant chunks will do.  Because look at that melt, and no-one wants only to “occasionally” get a bit of chocolate in a cookie, do they? 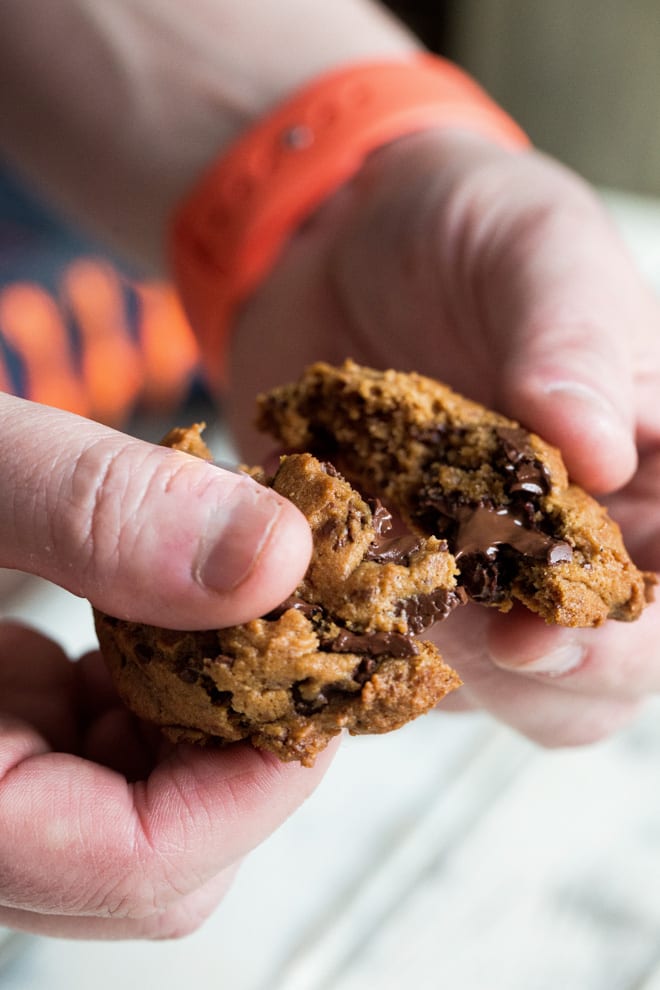 As for other ingredients, well we’ve got …

Tahini – because tahini makes everything better.  If you have a nut alergy, omit the almond butter and double the tahini quantity instead 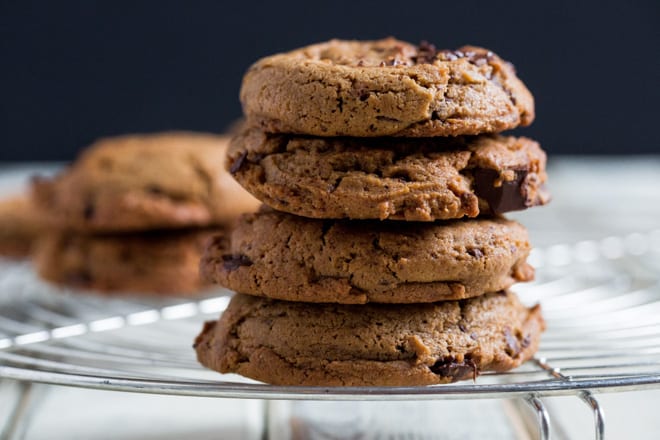 At first I tried making these cookies a few ways –

Firstly I tried scooping by hand – messy.  And not in a good way.

Then I tried scooping with an ice cream scoop, baking domed then flattening while still warm – similarly also wrong.

Eventually I tried scooping with an ice cream scoop then flattening before baking – EUREKA! 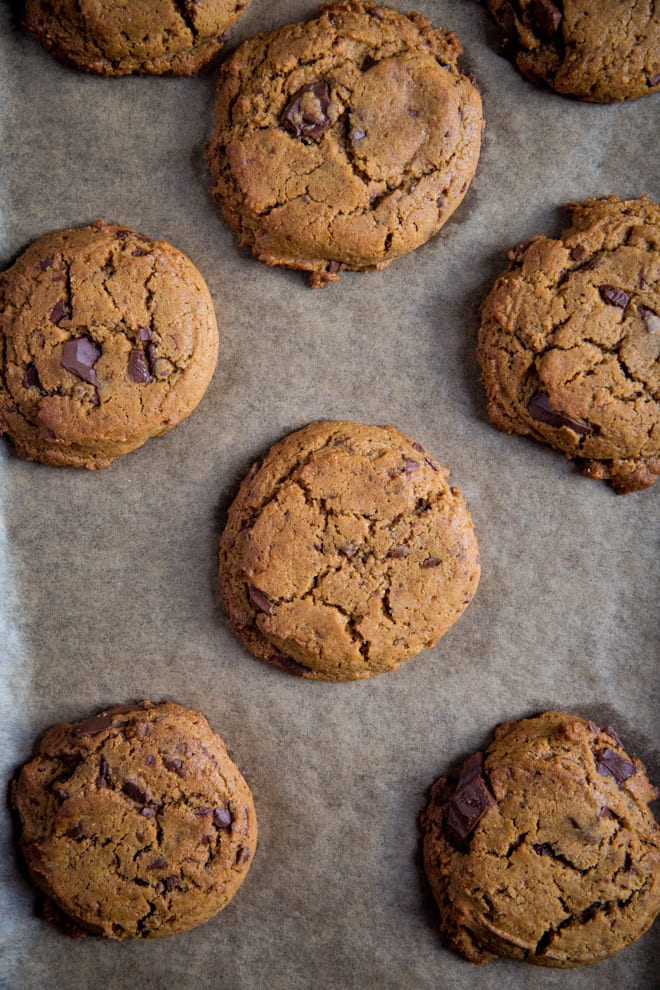 That’s actually a photo of them being flattened while still warm and I don’t know what it is exactly that makes them just look wrong but nonetheless, they look wrong to me!  Do you care how your cookies look?  Is it essential that every aspect of vegan cookies is just perfect?  They look a little like they’ve been sat on – not a good look on any cookie.

However, flattening them just a little after you’ve scooped them works perfectly. And of course, using an ice cream scoop also means you get mostly the same sized cookies too.  I’m not so hot at judging things like that by eye – we can end up with cookie famine and cookie feast all on the same tray. 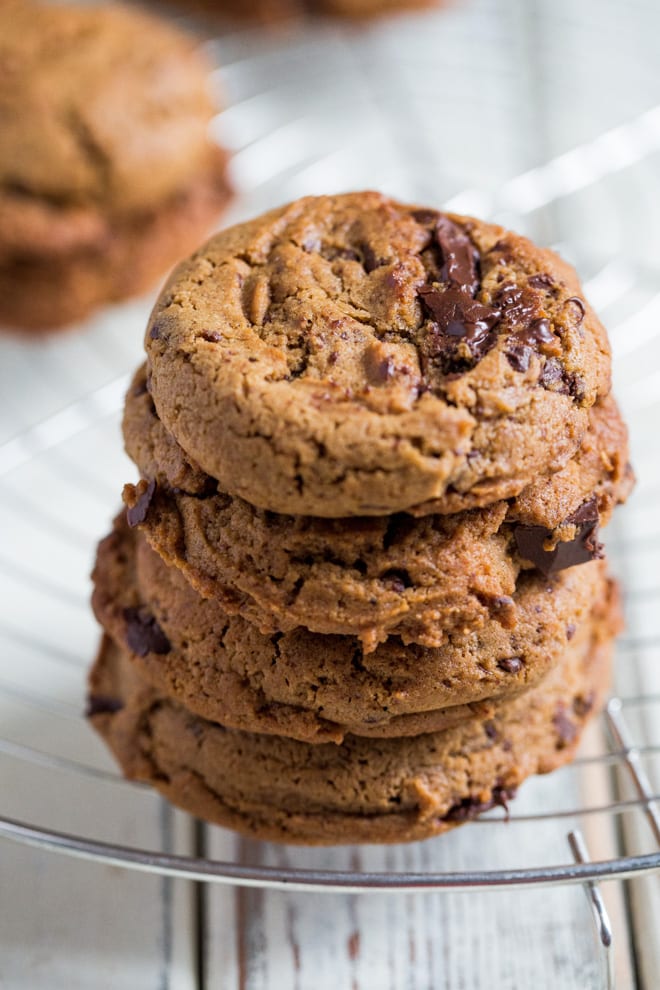 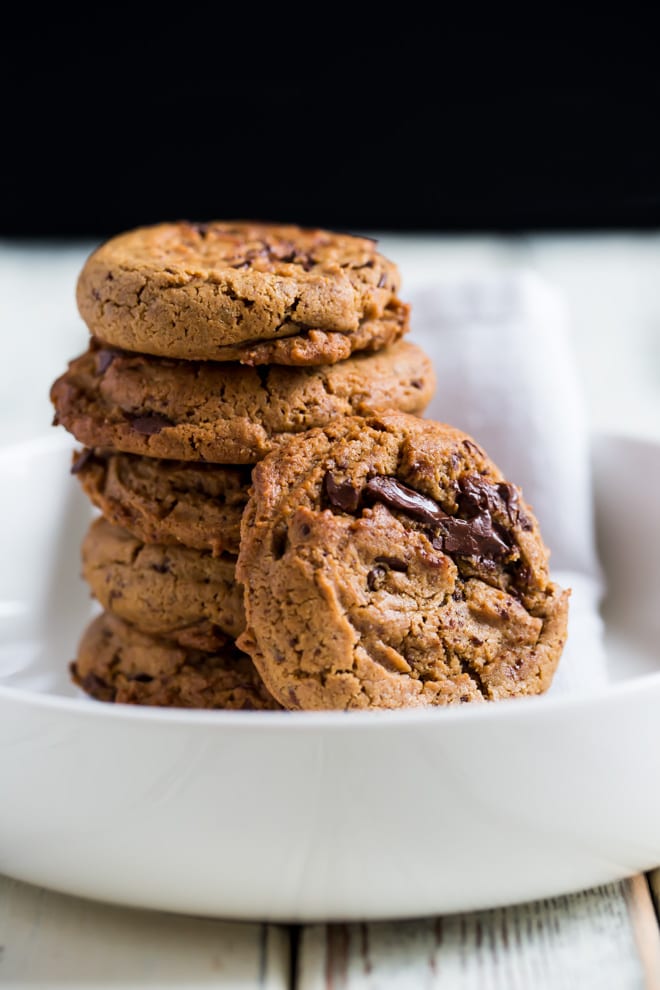