Banana bread is one of those things – everyone has their own recipe.  Mine was always, ALWAYS, with shards of dark chocolate running through it and lots of malty dark brown sugar.  Mention to a certain someone that I’m making banana bread and there were ‘ooohs’ of anticipation and a little bit of drool.  The perfection that is banana bread is many-fold.  It’s THE best way to use up over-ripe bananas.  It’s SO easy to scale up and either make for a crowd or freeze for your own indulgent pleasure another time.  And it’s THAT good it’s been on afternoon tea menus at many of the hotels I used to work at.

So, should I go messing with perfection?  The problem with trying to eat as ‘clean’ as you can as often as you can is that certain ‘indulgences’ aren’t even on your radar anymore.  But one thing Phil and I have found – and this may be different for other people – if we don’t have those indulgences from time to time we’re likely to get fed up and over-binge on crap.

The reason we started this food blog was born out of our trying to get healthier.  We’re not getting any younger – anyone else finding that??!  Joints are starting to creak and Phil was diagnosed with Type 2 diabetes probably because <ahem> he married a pastry chef who LOVES to cook.

So I’ve been on a mission to try and make all those indulgences that little bit healthier.  No you still shouldn’t eat a whole banana bread all to yourself (nope, never did that).  But a slice of something with only wholemeal flour, natural sugars and no butter is sometimes all you need to satisfy those cake cravings! 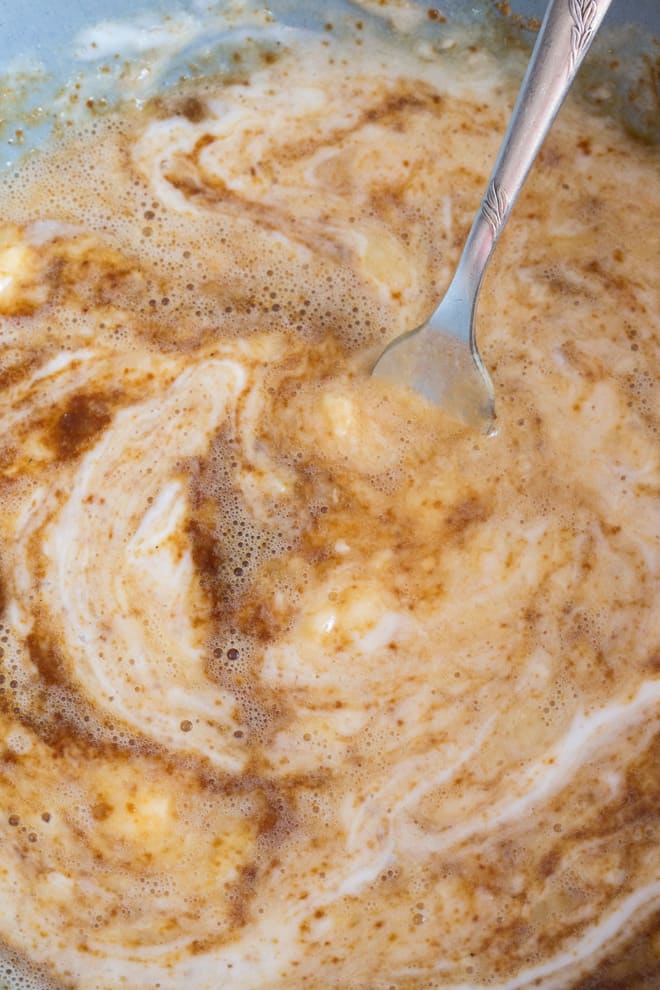 And then rather than just plain ‘ol banana bread … 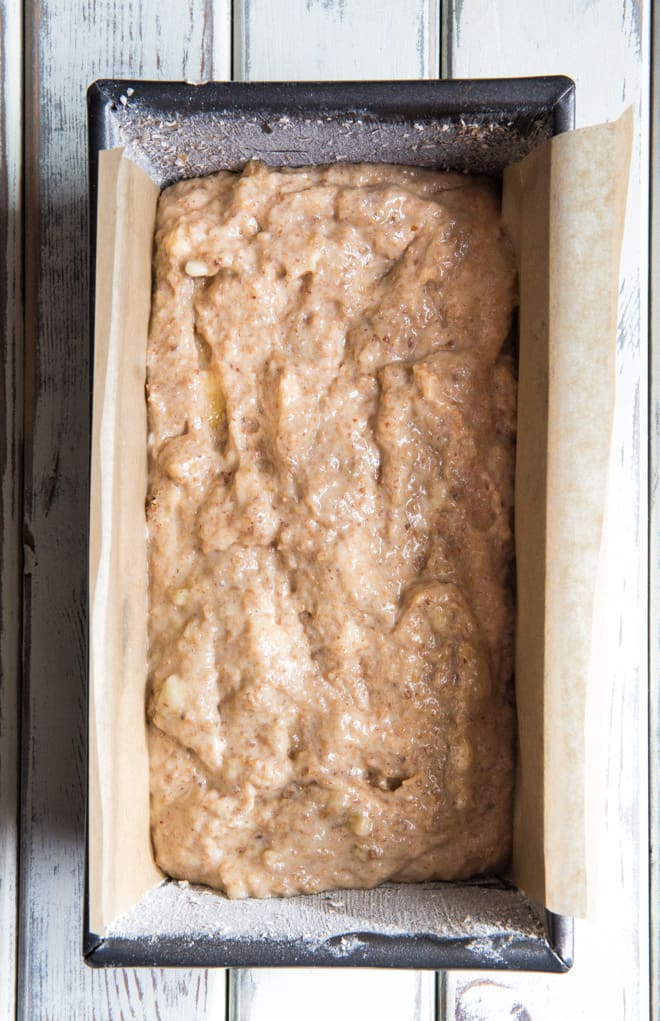 … how about a cinnamon crumble topping? 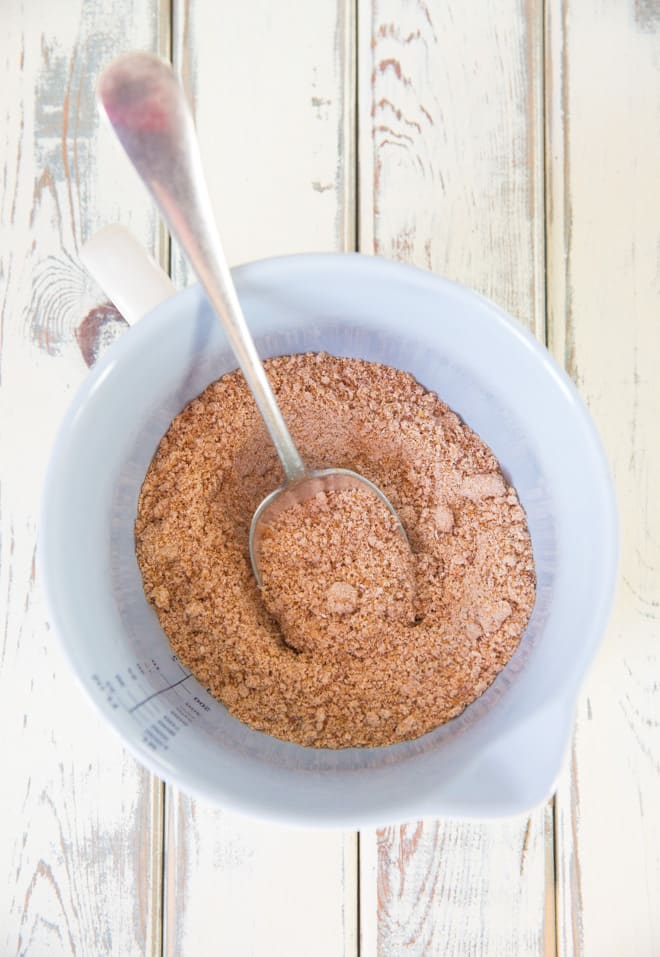 You do have to push the crumble topping into the cake batter so that it doesn’t just fall off once it’s cooked and you’re trying to slice it.  Made that mistake the first time .. oh dear, had to make another banana bread. 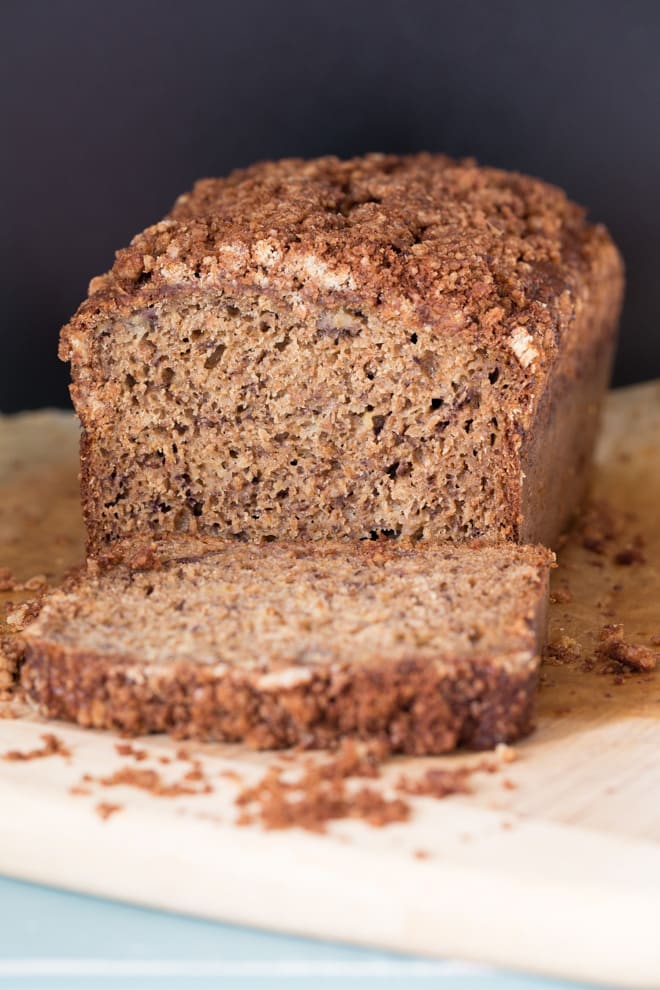 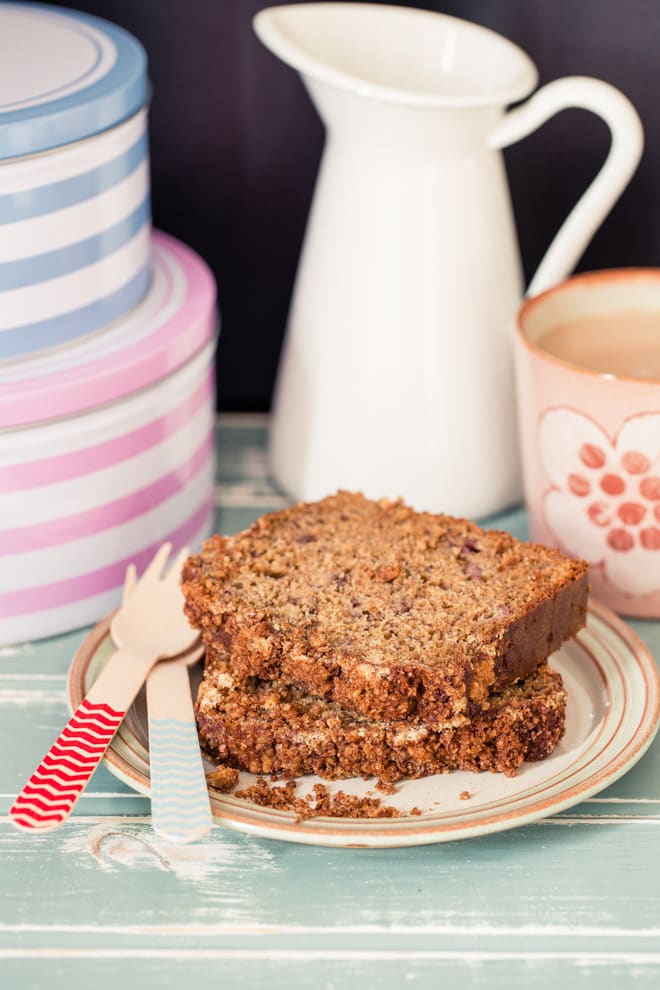 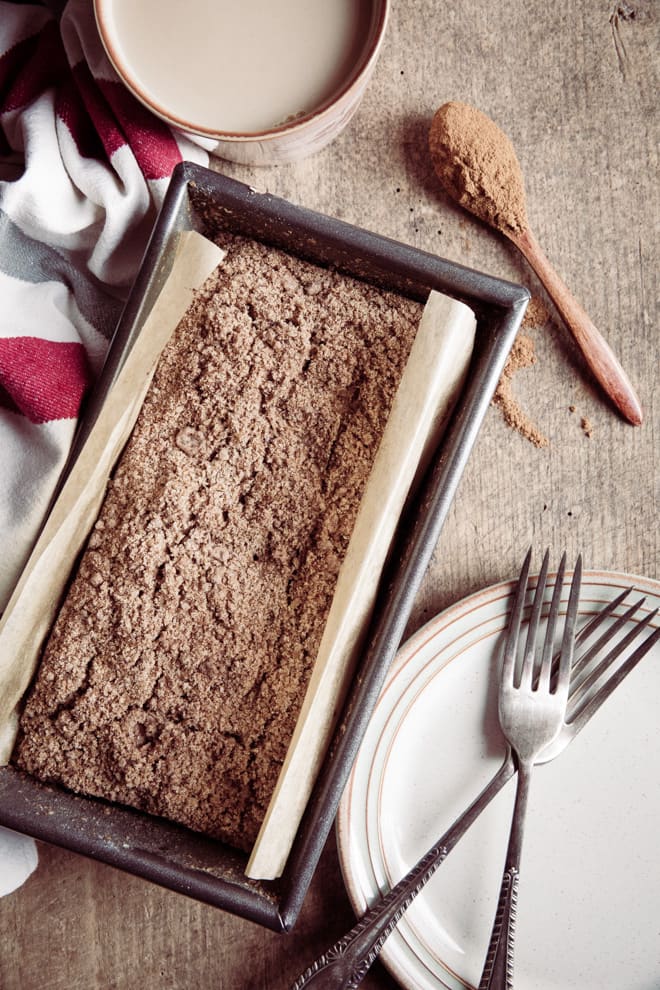