You know how I’m all about one bowl loveliness right?  Well let’s extend that to one saucepan loveliness with this super easy, super tasty, thoroughly warming soup.  Chop a few vegetables, chuck in a saucepan, bubble for around 40 minutes and voila, soup for you, soup for someone else and leftover soup for later!

It’s been a very long time since I had tinned soup – or even one of those trendy cartons of soup.  They have their place – when you just can’t be arsed to cook and want something warming and filling – yep I definitely have those kinds of days.  But since I accepted that I’m merely human (that was a hard day ?) I’m largely better at planning ahead and keep a reasonable arsenal of warming/filling in the freezer for those can’t be arsed days. 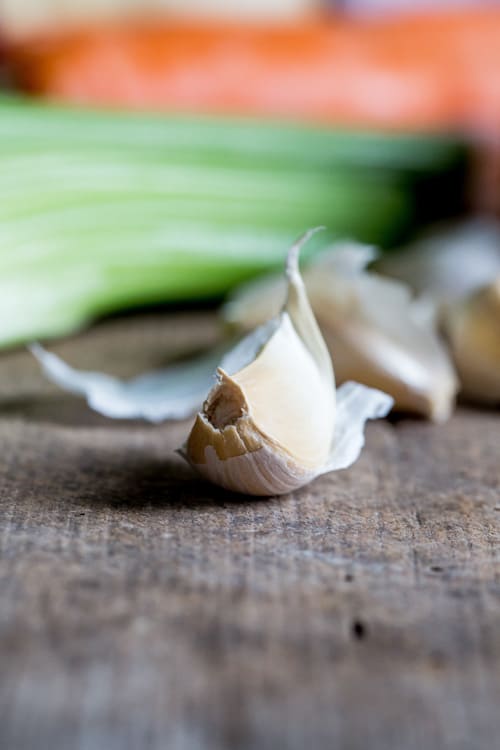 What Vegetables Should I Add to Vegetable Soup?

You can put whatever vegetables you like in this soup, from seasonal fresh veggies to frozen. Here’s a list of what I used;

1 large carrot – peeled or scrubbed if skin not too gnarly!

You’ll want to cut the vegetables to roughly all the same size as well as being just a bit smaller than bite sized.  When you’re taking a mouthful you want a variety of veggies on your spoon for real flavour burst.  Smaller vegetables cook quicker too. 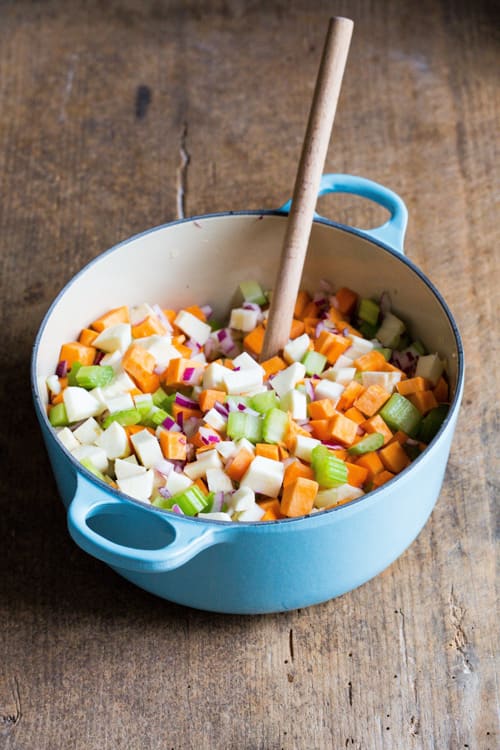 Anything else I should know?

Other than flavour, the absolute best thing about making something yourself is you know exactly what’s going into it.  No strange unpronounceables that often accompany things that are designed to sit on an ambient shelf for months on end.  This is also another of those recipes that’s more of a guide than a ‘must adhere to’ formula.  If there’s a particular vegetable you absolutely don’t like, swap it for one you do, or what you have to hand.

Just don’t tell Phil there’s celery in this.  He absolutely doesn’t like celery. 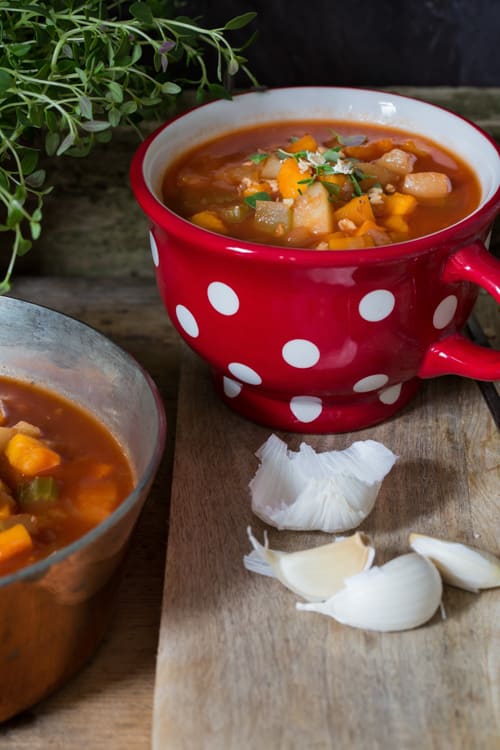 What goes well with it?

I highly recommend some home made crusty bread with this soup – have you tried our Honey Oat Wholemeal Bread yet?  This soup + that = simple perfection ?

Oh quick side note, I’ve made this soup a few times now and have tried with either fresh thyme leaves or shredded basil – both work very well! 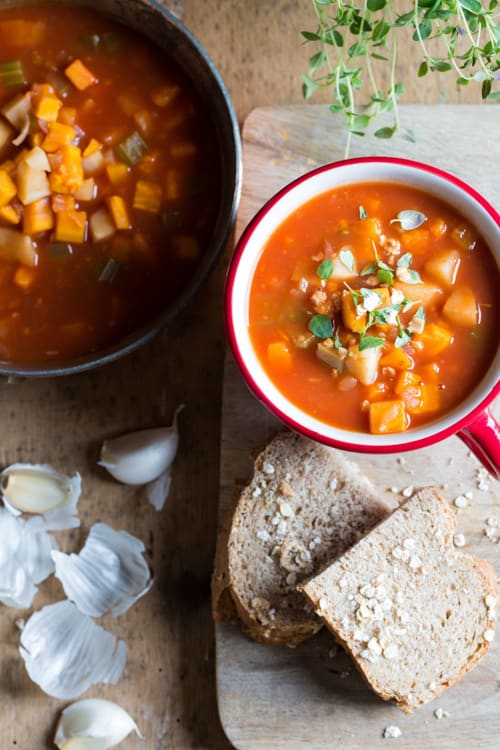 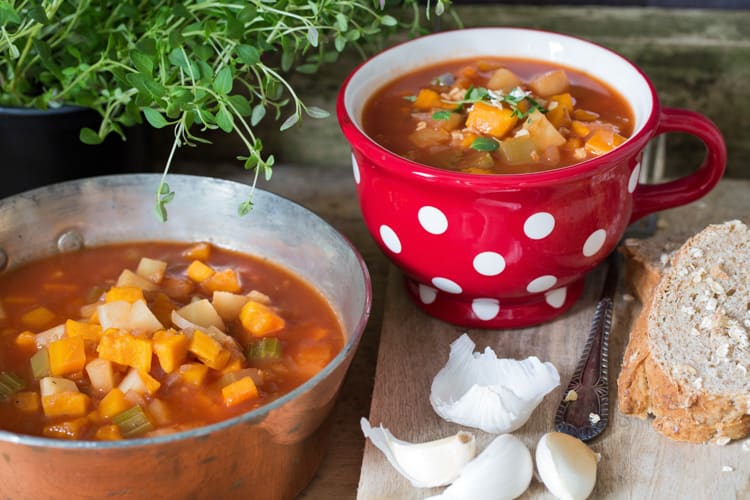